(CNN) — Six months ago, Malala Yousafzai was lying in a hospital bed, recovering from a Taliban attack in which she was shot point-blank in the head and neck.

The shooting was meant to silence, once and for all, the outspoken Pakistani teenager who had dared to defy the Taliban’s ban against girls in school.

But it backfired: Instead of silencing the 15-year-old, the attack only made her voice more powerful.

Malala’s story has raised global awareness of girls’ education, a cause she has championed for years. And now that she’s out of the hospital and back in school, she is determined to keep fighting for equality. She will be speaking at the United Nations this summer, and her memoir is set to be published later this year.

“God has given me this new life,” she said in February, her first public statement since the shooting. “I want to serve the people. I want every girl, every child, to be educated.”

Worldwide, there are 66 million girls out of school, according to UNESCO — many more than boys, who don’t have to face the samediscrimination and obstacles that girls do in some countries. 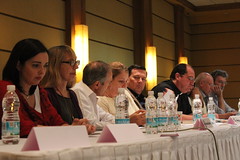